The forecast last night hadn’t looked very good, but this morning the weather was lovely, so I drove to the airport feeling positive. The wind was blowing straight down the runway, which meant there wouldn’t be a crosswind, but it was quite a strong 15kt wind.

Derek calls the tower and books us out for circuits while I go through the pre-flight checks. Today I’m flying Juliet November, the same plane as last week.

The first circuit is uneventful and I land fairly well. The second circuit is also uneventful, but I panic slightly just before touching down and my landing isn’t as good as the first one.

On the third circuit the tower asks me to keep it tight as there’s commercial traffic coming in to land. Then, just as I’m about to turn left onto final the tower asks me to turn right. This confuses me and I have to ask for clarification. He wants me to turn right, loop round and then land. However, by the time I’ve done this the approaching traffic is too close and I’m told to go around.

A go around is where you come in to land, but don’t touch down. Instead, power is applied while still in the air and you climb back up and come round for another go at landing. It’s a useful procedure to know and this was the first time I had flown one. However, when we were back up at 1,000 feet Derek reminded me that the flaps were still down. Whoops!

The Best Landing I’ve Ever Done

After the go around I have to orbit at the end of the downwind leg for 10 minutes while commercial traffic comes and goes. Although it’s expensive flying in circles, it certainly helped me relax, as my landing was perfectly smooth, a greaser as it’s known in aviation parlance. Derek comments that it was “the best landing you’ve ever done”.

On the next circuit Derek asks if I feel ready to do one on my own. “Yes” I say, I’ve been ready since Andrew tried to send me solo two weeks ago. So Derek radios the tower and says:

If we made this a full stop sir, could you accept a student into the circuit for his first solo?

To which the the tower replies:

That will be fine.

He goes on to say the next commercial traffic is about 25 minutes away, so I have plenty of time. I come round and land just as well as last time and feel excited about flying solo.

Derek takes the controls and taxies us off the runway. Then he says I need to prefix my callsign with the word “Student” when on my own, for example “Student Golf Bravo Charlie Juliet November”. Derek parks up and tells me to have a lovely flight, then he gets out and it’s just me in command of the aeroplane.

The tower confirms my clearance and gives me permission to take off. I apply full power, accelerate to 60 knots, pull back on the control column and start to fly. With just me in the plane the climb performance is better than with Derek sat next to me and I am ready to turn onto the crosswind leg sooner than normal, so I turn just 45 degrees to make sure I’ll have enough time on the downwind leg to complete all my checks.

As I fly round the circuit I keep talking to myself, almost imagining Derek sat next me telling me what to do. It’s remarkably helpful and I even remember to apply carburettor heat before starting my descent.

I control the approach well, keeping an eye on my speed and making sure I don’t descend too much or not enough. As I fly over the A38, just before the runway threshold, I see cars driving along and mentally pinch myself as I imagine them looking up at me, wishing they were pilots too.

But I don’t let this distract me; I start pulling back the power as I descend over the runway and flare just slightly high. I correct for this and touch down well, but it wasn’t quite the greaser the last two landings were. However, I’m happy to call it my first solo landing.

I slow my aeroplane down and am asked to vacate the runway via the next taxiway. I acknowledge this request and the tower follows with:

I grin from ear to ear. I’ve done it! My first solo! 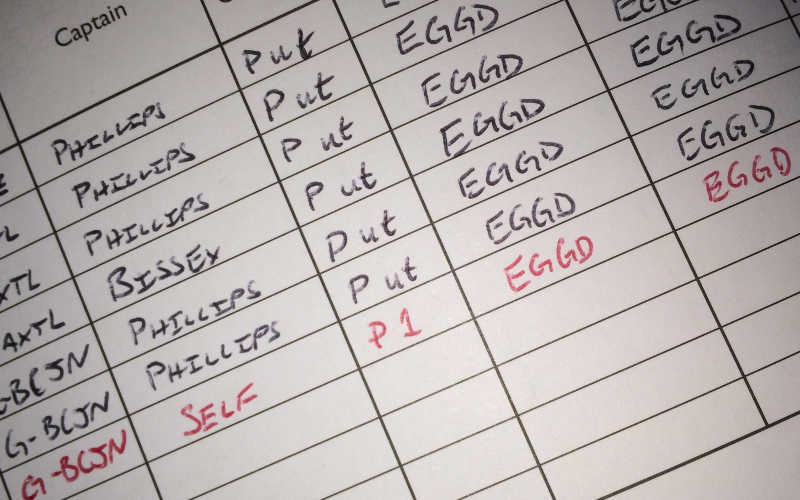 That’s something I’ll never be able to do again, fly solo for the first time. So I write my log book entry in red ink so it stands out against the other flights.