Today I attended a GASCo Safety Evening at Bristol Airport. It was a free event hosted by The Bristol and Wessex Aeroplane Club and was designed to promote General Aviation safety. They laid on snacks and the bar was open serving both soft and alcoholic drinks.

The speaker took us through a PowerPoint presentation and discussed the six most significant causes of fatal and serious accidents as identified by the UK Civil Aviation Authority (CAA):

The presentation included videos of pilots getting into trouble (although they were careful to only select accidents and incidents where no one was seriously hurt) and interviews with service delivery personnel.

One interview which really struck me was with an Air Traffic Controller, she was talking about the problem of accidentally flying into controlled airspace without permission. She acknowledged that it’s all too easy to do if you are not quite sure of where you are or if the wind is significantly different to what you expect. However, she said it’s still much better to contact the controller if you think you have infringed controlled airspace rather than keep silent and hope for the best.

This is because if the controller does not know your intentions then they must re-route all traffic (including commercial, passenger carrying jets) so as to avoid a large area around you. The controller will also be suspended while they investigate how they allowed an aeroplane to enter controlled airspace without permission. I was amazed by this last point, as I would have assumed the fault lied with the pilot. It certainly made me aware of other peoples responsibilities. 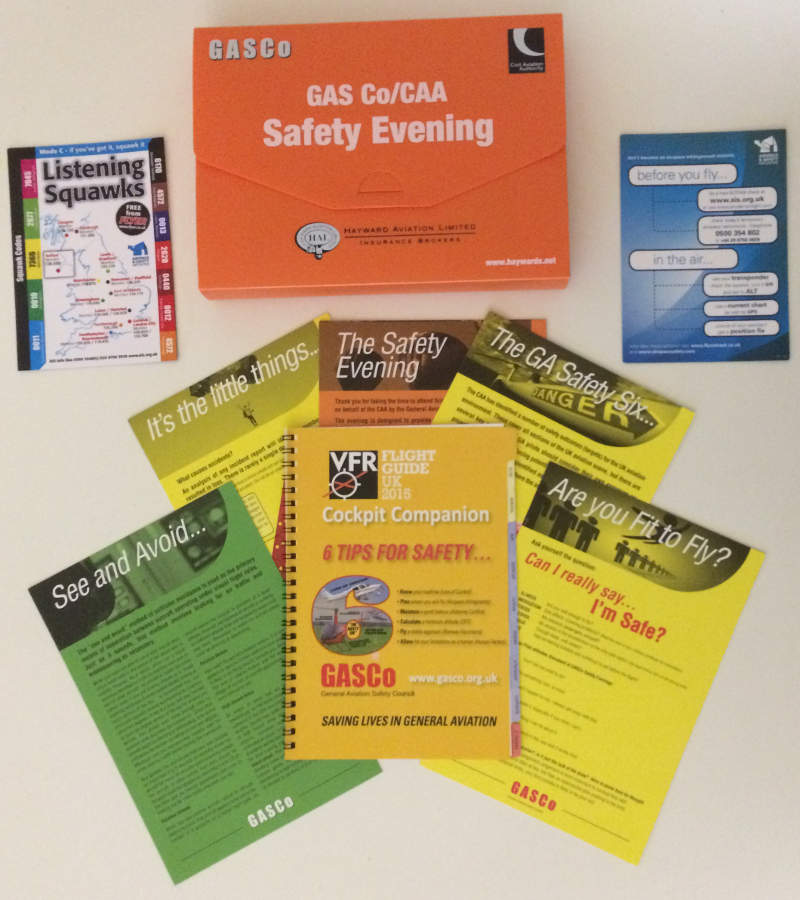 We were all given a pack containing useful information and leaflets about safety and encouraged to think about how often we receive extra training after gaining our licences. We were also told about the AOPA Wings Award Scheme which allows pilots to track their progress and gives them Bronze, Silver, Gold and Platinum awards to aim for.

At the end of the talk we were asked to identify the pilot in the room with the most experience, this was a British Airways captain with over 14,000 hours of flying time. Then it was the turn of the least experienced pilot in the room, with just 13.4 hours that pilot was me! I was given a book by James Allan called Clearer Horizons which contains tips to help pilots continue to enjoy flying. With my PPL so far away I think it will be some time before I need the sage advice offered in this book.

I had a thoroughly informative and entertaining evening learning about General Aviation safety and would encourage anyone who is flying, whether experienced or not, and regardless of what class of plane they fly, from gliders to Jumbo Jets, to attend one of these events at their local flying club. They are touring the country so there’s bound to be one near you soon. You can find their schedule on the GASCo website.